so this time in order to avoid working, I thought about a brilliant idea! Making some of the tenants write their impressions and experiences in Japan!
So, here is the interview:

①  How long have you been in Japan?

②  Where do you live?

④  Why did you choose to come to Japan and in particular to Tokyo? 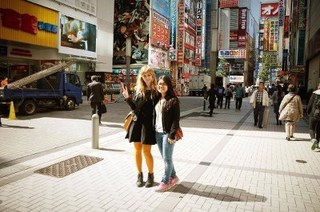 My reasons for choosing Japan and studying the Japanese language are many but include an interest in its history, culture and poetry. It was also to rock the language before eventual university studies in in Sendai after I complete my bachelors in Sweden. (But who am I really trying to fool? I came for the food and anime lol)

My reason for choosing Tokyo was purely based on my interest in anime/manga (as well as wanting to experience what a megalopolis is like, coming from a quite small country in which the largest town only has 1 million inhabitants).

⑤  What were your expectations of Japan? 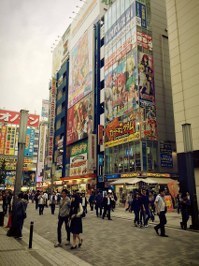 Owing most of my expectations of Japan to earlier university studies in Japanese and Japanese society I’d say my expectations were quite down to earth. Some friends of mine had told me bad things regarding the quality of housing and how differently the people act, so I couldn’t help but brace myself a little as I was planning the trip.

I had huge expectations on the food however. Countless tales of the Michelin capital of the world and mouth watering ramen experiences. Someone said that if you eat sushi in Japan you’d think the sushi back in Stockholm is the saddest thing (I don’t know if it’s true yet but I hope not).

⑥  Did Japan live up to your expectations? 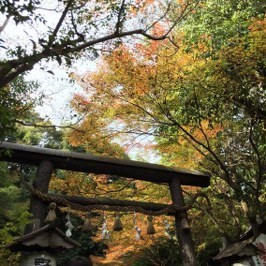 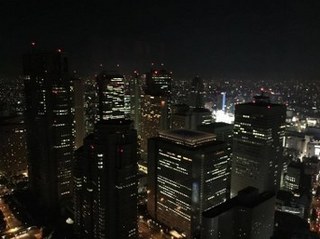 It did live up to all of my expectations and exceeded in the areas I cared for most. It’s hard to explain but I feel that Japan becomes what you want it to be, just like any country. Depending on your expectations it can be a portal to the old world, manga/anime heaven, fashion paradise, eccentric island, problematic country or just another country with a different culture from yours.

It’s a little bit of everything but not extreme in any way.

⑦  What do you like the most about Japan? (and Tokyo) 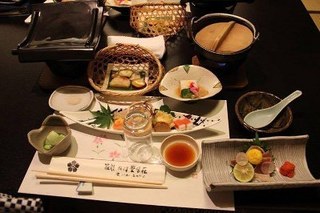 Too many things! I absolutely love being close and having access to so many of the things I’m interested in at the same time! Mountains, earthquakes, history, animanga, sushi and much more! The security is also a big thing. It’s not something you think much about, maybe especially as a Swede, but not having to be conscious of your own safety is underrated.

The nature is beautiful! Everywhere (if there is nature there of course). I feel like walking across all of Japan, taking pictures every second step I take.

What I like the most about Tokyo in particular is the city layout. It’s the best! With calm residential areas nestled in between the huge spots of bustling bright-lights-big-city.

⑧  And what is that you just can`t stand?

Unfortunately, it`s the stale sexism running through the whole society and incredibly normalized inequality. My experience as a woman in Japan is probably less than half as good as it would have been if I were a man, sadly. Having to talk myself out of endless bad pick-up attempts by drunk middle aged men during the small hours and sober ones on my way to school, encountering several train molesters and an exhibitionist, being berated harder for mistakes such as talking too loud on the train or making language errors just because I am a woman has left me incredibly tired and annoyed. Seeing the incredibly deeply rooted sexualisation and infantilization of women from a really young age is also pretty creepy.  (And let’s not forget the racism lol)

⑨  What`s the strangest food that you had or would like to have in Japan? 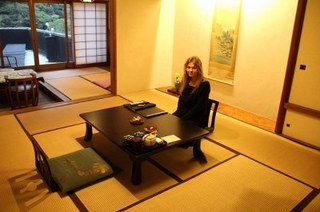 The strangest foods I’ve had so far were probably all included in the kaiseki meal I had during a stay at a ryokan. It included raw pheasant, jellyfish paste mixed with wasabi, cream hidden in a jelly-ball and much more. My first, and also last (hopefully) intake of natto was not so strange as much as it was traumatizing and incredibly unpleasant, but it may also count. We also had shirasu for lunch during a borderless trip to Kamakura… also strange and unpleasant.

⑩  What is the weirdest thing that you experienced? 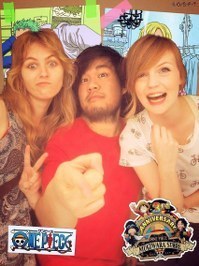 I went to a butler café in Ikebukuro once, which was pretty weird. Actually every day something weird happens here idek. Yesterday a whole McDonalds was filled with booked tables so we couldn’t sit anywhere. I was very confused. Who books tables at McDonalds?? The day before yesterday I queued for almost 2 hours for sushi. Weird. The day before that I was very thirsty a bought a drink with a nice looking package. But it was jelly. Today the temperature went from 9 to 24 degrees within one hour. In the middle of December. Weird!!

⑪  Is there a place in Japan that you would recommend to others? 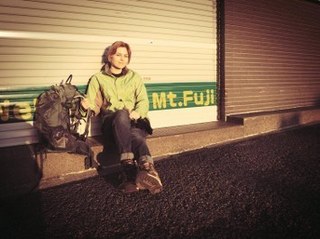 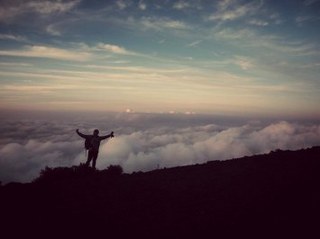 Any place and every place! Even though the places I’ve been to are mostly in the Tokyo area they have all been vastly different. So I recommend all of Tokyo! Just explore. Outside Tokyo would definitely be Mt. Fuji (an crazy view, a little bit of suffering and a strange solidarity between hundreds of climbers queuing up the same mountain in the middle of the night make an amazing experience), Kyoto for some history and an onsen somewhere. I went to Hakone to do that, which was lovely. The rest of Japan is surely amazing too so I recommend all of it!!

⑫  You are currently studying Japanese: is there something that especially annoys you or that you really like about this language? Maybe in comparison to your native language.

The different levels of humble and honorific speech-types are certainly a bit annoying and hard to get a hang of, but they are also fun and challenging. What is really annoying is how even the Japanese language manages to be sexist with words or language patterns that are inappropriate for women to utter. This limits the an otherwise extremely variable language with lots of nuances considerably for half of it’s speakers.

What I love about Japanese is the way you can add so many nuances and so many meanings to it with only a few words. Context and tone is very important. This also gives the language more room in the poetry spectrum and you can make innumerable puns and language jokes.

⑬  You don`t live in a famous area like Shibuya or Harajuku, is there anything that you like about it or a shop that you recommend? 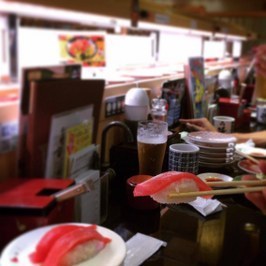 I really like Akabane! It’s sufficiently close to everything and still so far away that you feel a suburb-ish feeling. I don’t have any shops to recommend as my favourite sushi joint just upped their prices for salmon (!!)… but I do recommend taking walks along the river and towards the Saitama side.

⑭  Do you think that living here changed you as a person? If so, is it good or bad? 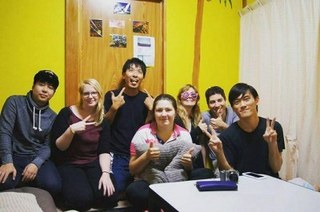 Yeah living here probably changed me a little, as getting a new perspective usually does. I’d say it was a good change and I probably matured quite a bit. Moving to a new city where you know no one and can barely speak the langue forces you into many challenging situations, but you grow stronger as you get though these situations one way or the other! Japan as a society has many unique and developed solutions for different problems, and seeing these while already knowing how we do things in Europe for example is really inspiring, be they good or bad.

Experiencing the Japanese passionate and romantic culture was also inspiring. It really gives a face to ‘assigning meaning to things’. If there is no nothing to care about and spend effort on, you create something and give meaning to it. Seasonal food/candy, omiyage, new year`s cards and queuing for hours to eat pancakes in Harajuku.  There is no point but I love it.